When it comes to the social impact of startups, what better way to impact people than to offer them a unique way to celebrate cherished moments like a first kiss, first wedding anniversary, birth, or engagement? 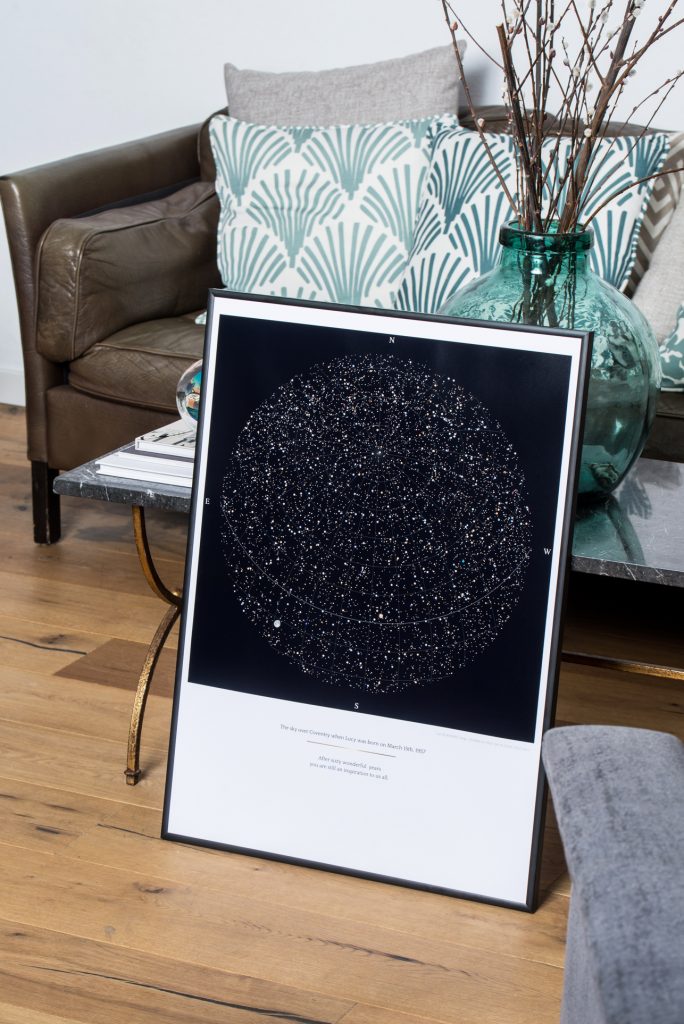 (A big “thank you” to our friends at GreaterSkies for sponsoring this post!)

GreaterSkies, a Cambridge, UK-based startup, provides a creative way to do just that by printing a high definition  Personalized Star Map or a chart that captures the magic in the sky at that special moment or day you cherish.

Star charts are maps of the night sky used by astronomers to identify and locate astronomical objects like stars, planets, constellations, and galaxies. The charts are quite accurate, complex and contain much more information than even the most detailed photos, says GreaterSkies founder Juan Reyero, who turned his passion for astronomy and modern photo printers into a successful business when he launched his custom star maps printing company in 2006.

The technology used by GreaterSkies allows you to see the stars, planets, and constellations as they truly were at the precise moment in time a special event in your life took place. Because the position of the stars in the sky at any given place changes during a 24 hour day, people looking to print a customized map of the sky as it appeared when a special event in their lives happened are asked to remember the exact time when that special moment took place.

“We want your custom map to show the sky as it really was (even if it was daylight and the stars were not visible) rather than showing the night sky at an arbitrary time,” writes Reyero on the company’s website.

If you can’t remember the exact time when a special moment took place, you can pick an approximate time and the company will still create an accurate, customized map of the sky. 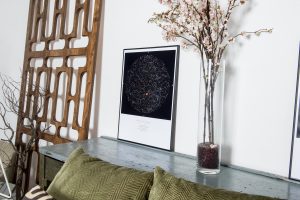 “All the stars up to magnitude seven that were visible in the sky at that moment in time above that precise location are plotted,” says Reyero. “Every tiny dot in your map corresponds to a star that was actually there. This are actually more stars than are visible to the naked eye, even on a clear night, with no light pollution,” he adds. “The Solar system planets, the Moon and the Sun are also shown.”

Star charts have historically been used for navigation. The oldest known star charts were discovered on prehistorical cave wall drawings and carved artifacts that date back to about 30,000 years ago. Now, star mapping apps and companies like GreaterSkies are expanding the use of star charts to include beautiful, thoughtful gifts for celebrating cherished moments and creating personal, intimate keepsakes.

Some creative ways people use star charts printed out on high definition paper include as presents for family and friends to celebrate, say, a sister’s birthday or best friend’s new baby. People also customize wedding and anniversary cards with prints from digital copies of star maps accompanied with personal messages. Even startups themselves use star maps to capture the moment of their founding.

When customizing a star map for each big moment you want to capture, you may be presented with an option to display or not display the constellations and main stars with their names. Naming constellations and all the main stars takes quite a bit of effort, but it can add an extra layer of delight to the magical stargazing experience you get.

As technology continues to advance, it now seems more effortless to present thoughtful, personal gifts. Newer printing technology has allowed GreaterSkies to create maps that show 7,000 to 8,000 stars, the constellations and the Solar System planets with a greater degree of accuracy and detail. And it can print the maps, “At any time of day or night, for past or future dates, anywhere on earth,” says Reyero. 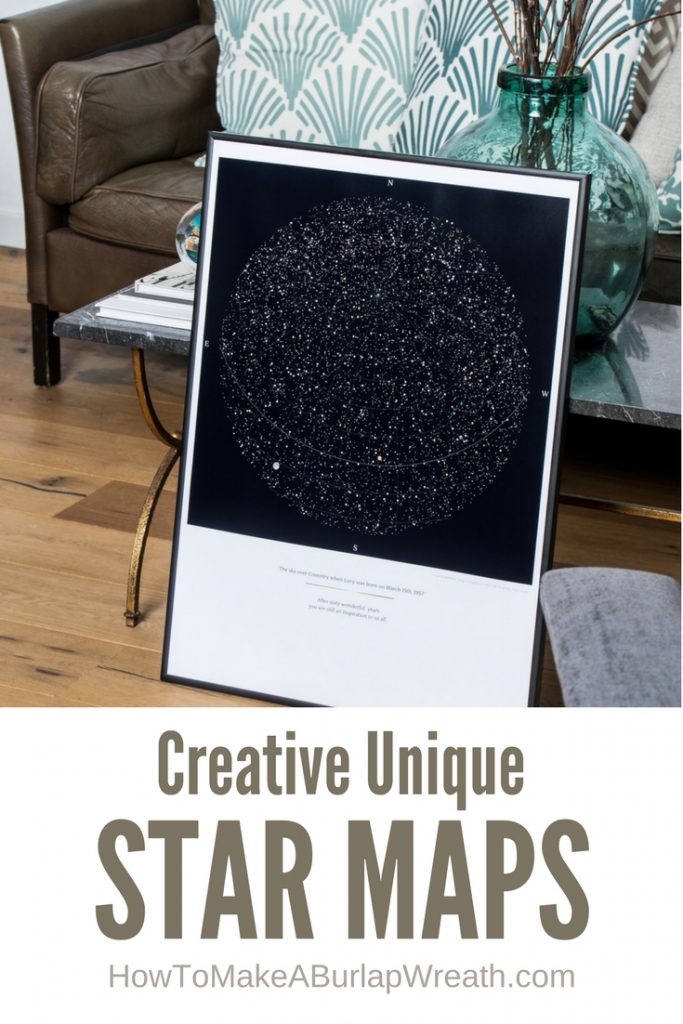 « Patriotic Decorations: How to Make a Burlap Wreath
Planning to Paint? Tips to Ensure the Best Outcome for Your Artistic Wall Project »

This site uses Akismet to reduce spam. Learn how your comment data is processed.

Sign up to get ideas and promotions to celebrate, decorate & organize your home, for FREE!

Success! Now check your email to confirm your subscription.

Visit How To Make A Burlap Wreath's profile on Pinterest.

Many images on this site are strictly inspirational and WE DON’T CLAIM RIGHTS TO THEM. We have put source text and link backs to the original source below the images. Please contact us for any questions or comments.

Capshaw Media LLC is a participant in the Amazon Services LLC Associates Program, an affiliate advertising program designed to provide a means for sites to earn advertising fees by advertising and linking to Amazon.com.

Posts on this site may contain affiliate links. If you purchase anything through certain links, a small portion of the cost comes back to us. Affiliates help to offset the expenses of running this blog. Please see the disclosure policy and terms of use agreement for full details. Thanks for supporting our site! :)